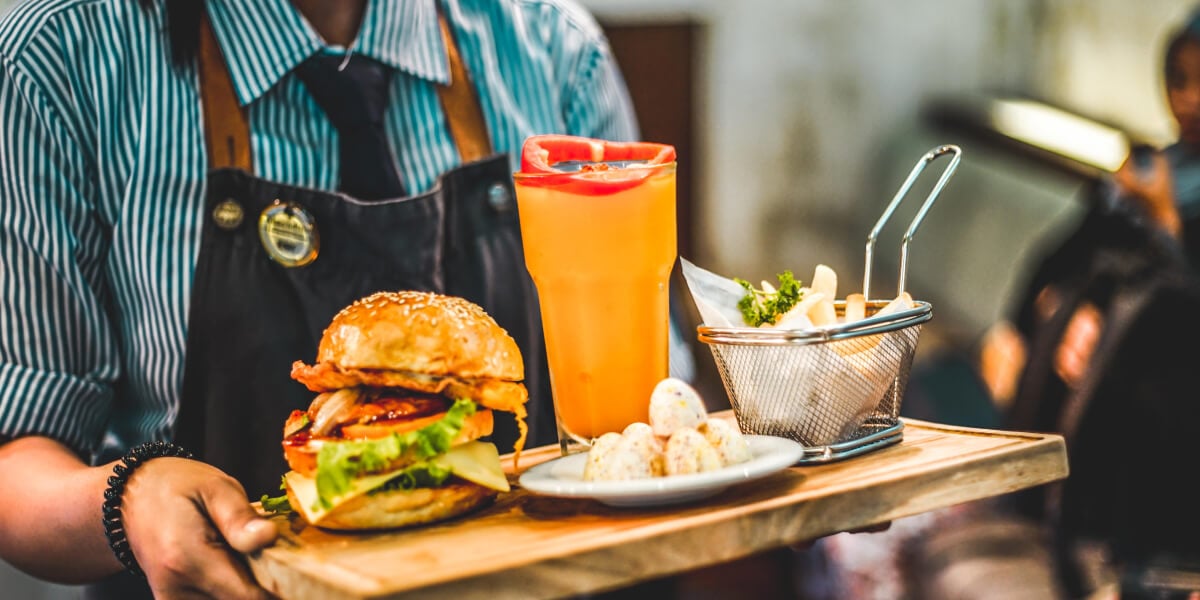 Amongst the many important landmarks of the US is its fast-food culture and prevalence of diverse, convenient, and affordable dining options. Over 200 Billion dollars are spent each year on fast food.

Undoubtedly, fast food is an integral part of the F&B ecosystem in the US. It is no surprise then that millions of US halal consumers desire to know whether they can or cannot eat America’s most beloved restaurant brands like Mcdonald’s, KFC, Chick-fil-A, and Burger King. The prevalence of these brands in the Middle East and North Africa (MENA) region is living proof that there is a desire for consumption of these brands.

Disclaimer: While AHF cannot comment on any specific franchise location, this AHF Insight will seek to clarify the general halal/haram status of American fast-food brands. Excluded from the context article are specific locations that are halal-certified by an internationally accredited halal certification organization or specific franchises that comply with international halal standards. Additionally, the information presented about specific brands in this article is based on commonly available information and cannot warrant the accuracy of brand-specific information.

So then, are McDonald’s, KFC, Chick-fil-A, and Burger King halal?

The short answer is no; they are not halal. To explain why these brands are not halal, this AHF Insight will delve into various aspects of fast-food brands, including their supply chain, the status of non-meat products, and even the theological discussion around the acceptance of meat from People of The Book (Christians and Jews) and how that applies to fast-food restaurants.

It is helpful to know the basics of what makes something halal or haram before delving into the specific discussion of the halal/haram status of restaurants.

In principle, for a product to be halal, it should be free from:

For a more in-depth discussion on this subject, see the “What is Halal?” page.

The opposite of halal is “haram,” which means not suitable for consumption.

For brands serving some form of animal protein, generally, the corporate brand will set guidelines and suppliers for the procurement of the proteins to ensure consistency of product and experience.

With thousands of franchise locations, companies must maintain quality standards, taste consistency, and a good customer experience at every location. This creates a situation where a handful of suppliers supply the majority of locations and thus greatly influence the resulting halal/haram status.

Similarly, the bread and bakery products are carefully controlled for a consistent dining experience. While bakery items are generally considered less critical than meat and poultry, they can contain mono and diglycerides, l-cysteine, gelatin, and animal-based enzymes that are not halal.

Without halal certification, it is difficult to determine with absolute certainty whether a given bakery is entirely halal.

Cheese is a key ingredient on many menus. A cheeseburger from Burger King is not quite a cheeseburger without the cheddar! Cheese can be both halal or haram, depending on the raw materials used in cheese production.

The critical ingredient of concern in cheese is rennet. Rennet is an enzyme found in the stomach of ruminants that assists with the digestion of milk. Commercially, it is generally sourced from the fourth stomach of calves, and the enzymes in the rennet serve as a coagulant that enables the cheesemaking process. This form of enzymes is largely considered to be not halal (haram).

Therefore cheese is another area of concern in terms of fast-food restaurants.

In order for a product to be considered suitable for halal consumption, it would be necessary to have every part of the supply chain halal verified by an independent third party. Having a non-halal burger in a halal bun does not make the product halal and vice-versa.

The Discussion Meat of the People of The Book

Some halal consumers mistakenly think that mainstream restaurant brands can be considered halal as long as there is no pork. This reasoning stems from the fact that the Quran permits the eating of meat slaughtered by the People of The Book (Jews and Christians) in the following verse.

Undoubtedly, all schools of jurisprudence agree that under certain circumstances, the meat of the People of The Book (Ahl-e Kitab in Arabic) is considered halal. This is an extensive discussion for which another AHF Insight would be needed (most modern kosher meats are not unanimously accepted).

So then why are meat and poultry consumed in fast food restaurants not halal?

The fundamental reason modern supply chains would not be considered halal under this rule, especially in the case of fast-food restaurants, is the prevalence of atheism and other religions besides Christianity and Judaism. Hence, large mainstream poultry processors that supply fast-food restaurants have a mix of individuals from varying religions. There is no requirement to be a Christian, Jew, or Muslim.

Thus, in a heterogeneous mix of slaughtermen, it simply takes one slaughterman to be a non-Christian, Jew, or Muslim for the entire production method to be considered contaminated.

Modern commercials production methods for species such as chickens employ forms of stunning such as gas stunning that are impermissible under halal standards as they render the animal dead through asphyxia. This is unanimously unacceptable to both Muslims and Jews.

For larger species such as cattle, lamb, goats, etc., modern production methods employ a variety of stunning procedures that can often violate halal standards. One example of this is electrical stunning that renders the animal irreversibly unconscious. Specifically, head-to-back electrical stunning is usually not reversible because of the onset of loss of epileptiform activity and induction of anoxia in the brain, causing epileptic seizure that eventually produces cardiac fibrillation and induces cardiac arrest¹. This, again, is unanimously unacceptable to all schools of Islamic jurisprudence and would also not be considered Kosher.

Another stunning form for larger animals is a through a penetrative captive bolt that again renders the animal unconscious. This stunning form makes way for killing the animal before the incision, which is unacceptable according to international halal standards.

Another key and unanimously agreed-upon reasoning for why major fast-food restaurants would not be considered halal is the prevalence of cross-contamination between menu items that are unanimously unacceptable, for example, pork.

All schools of Islamic thought and Kosher scholars agree that cross-contamination is a reason for an otherwise acceptable to consume food or beverage to become unlawful.

According to the universally accepted laws of halal, pork would be considered a contaminant (najs), and thus anything that it touches would be regarded as “contaminated.”

It is practically impossible to avoid cross-contamination at major fast-food restaurants due to the speed requirements of cooking and delivering meals to patrons. Often, the kitchen is outfitted with equipment that is meant to be shared between different proteins, which creates an environment that cannot produce halal meals. Therefore, restaurants that grill bacon and burgers together have an inherent structural and subsequently procedural conflict that leads to the haram status of the resulting product irrespective if they are served independently. This logic extends to knives, spatulas, mixing spoons, and other commonly shared utensils.

The above arguments have laid out why practically none of the major fast-food restaurant brands can be considered halal under any school of jurisprudence.

However, some consumers may wonder what about pescatarian and vegan options at fast-food restaurants. While some of these items may intrinsically be halal, there is a critical risk of cross-contamination, which would render the otherwise halal meal haram.

This AHF Insight has briefly touched on three key points regarding the halal/haram status of fast-food restaurants. Firstly, the supply chain is generally not halal-certified and has multiple points of key risks. Secondly, the meat and poultry cannot be considered to be slaughtered by the People of The Book (Ahl-e-Kitab). Lastly, cross-contamination between objectively haram items such as pork and otherwise halal meals makes the resulting meal haram for consumption. It can then be universally concluded that modern fast-food chains cannot be considered suitable for halal, and consumers of any school of thought should abstain from consuming haram.

AHF encourages consumers to reach out to their favorite brands and restaurants and request that they procure halal proteins and products and obtain halal certification.